How the Death of the F-Pattern Affects Apartment Marketing

It’s with this in mind that we say farewell to the F-Pattern, and all of the tricks that search marketers previously used to make the pattern work to their advantage.

For those unfamiliar, the F-Pattern refers to a 2006 paper by the Nielson Norman Group that suggested users read Internet pages by scanning two horizontal lines and one vertical line. The study tracked the eye movements of 232 participants who looked at over 1,000 web searches to reach this conclusion. After the F-Pattern’s discovery, online marketers began crafting their ads and search engine result snippets so that they appealed to this behavior. Titles and Meta Descriptions were crafted so that the most important words fell the furthest to the left. And before long, creating ads and snippets that didn’t conform to this structure was considered a huge mistake.

Now that trend is reversing.

According to a new eye-tracking study that examined how users view search results, the F-Pattern no longer holds up. Instead, search users have a much more random viewing pattern, one where some time is spent looking at the top paid ads within the first few seconds, but more time is spent after this viewing the organic results which appear below the fold.

Why Has the F-Pattern Changed?

It’s hard to say for certain why users seem to no longer follow the F-Pattern when conducting searches.

Some believe that the change in behavior can be attributed to the fact that Google no longer features right column ads, so there’s no reason for users to look to the right. However, it should be noted that the right column ads previously went below the fold of most searches. They created a block of text that is very similar to what we see in today’s search results. So while the new results are admittedly thinner, the shape itself is ultimately the same, which makes the right column ad theory a little shaky.

Another explanation is that people have simply become accustomed to being bombarded with ads in a certain way, and have unconsciously trained themselves to not follow the F-Pattern in order to avoid looking at ads. After all, it wouldn’t be the first time users changed their formal behavior to dodge ads; there are plenty of studies that suggest users do the same thing when confronted with banners and other displays on websites.

How to Adapt Your Apartment Marketing Strategy to the New Trend

Although there’s only one study proclaiming the death of the F-Pattern, it might be smart to test the theory by running some experiments with your own marketing campaigns.

If you’re currently running PPC ads, try to spread out your ad messaging so that all of the important keywords don’t just appear to the left. Ads with more balanced messaging may catch the attention of users who spend time concentrating towards the right and middle of the screen.

More importantly, if you’re not waging an SEO campaign in addition to your PPC efforts, it may be time to start. While the F-Pattern study suggests that users look at paid PPC ads after first conducting a search, it also suggests that users spend more time looking at organic listings that appear below the fold. Securing these organic placements with an apartment SEO strategy should help you obtain more clicks. 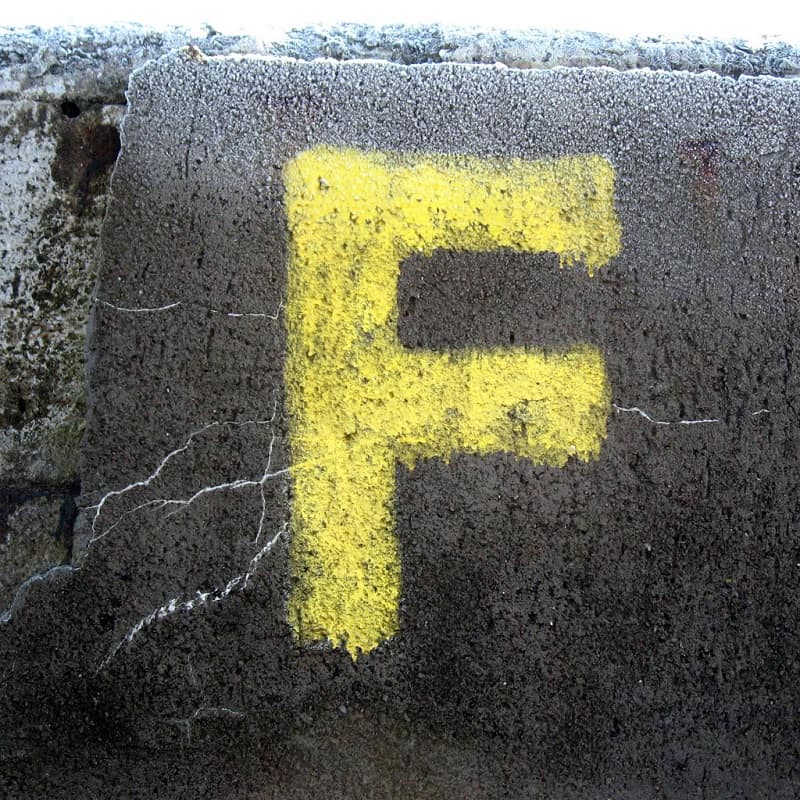 What We Learned at OPTECH 2020