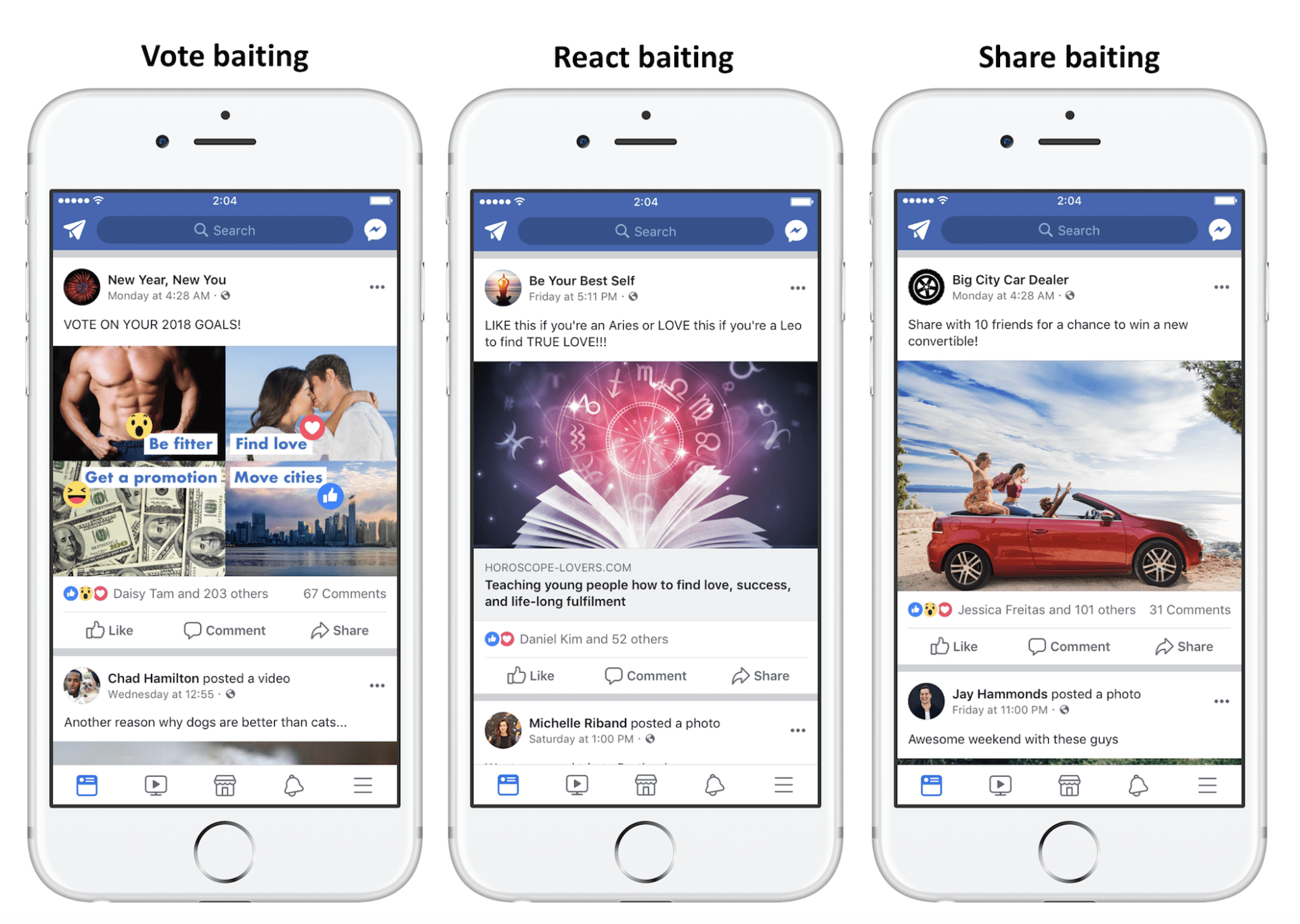 “Are you looking forward to the 4th of July? If so, hit like!”

“The Rittenhouse Square Food and Wine Festival is happening next week. Tag a friend who’d love to go with you!”

“Comment ‘YES’ if you love summer as much as we do!”

Late last year, Facebook began cracking down on companies and brands that use “engagement bait” to goad users into interacting with their content. The change came as a result of complaints from users, who were unhappy with spammy, gimmicky content filling up their feeds.

This tactic was so rampant because it was an attempt to take advantage of Facebook’s news feed algorithm by increasing engagement to get more reach, meaning this content would appear in more users’ news feeds.

The announcement was easy to overlook because it came in late December 2017, during the thick of the holiday season. So, if you missed it, here’s a look at what not to do, and what you should do instead.

What it is: React baiting is asking for likes, comments or shares in response to a photo or statement. The more reaction it gets, the greater the reach. Example: “Click like if you’re excited about the resident pool party this weekend!”

What it is: This was commonly done by brands who are running special promotions or contests offering a giveaway in exchange for sharing a certain post. Facebook used to reward these types of posts with wider reach. Example: “Share this photo with 10 friends for a chance to win free rent for a month!”

What do do instead: Brands that still want to run promotions on Facebook still can, but they have to adhere to the new guidelines. In a nutshell, brands aren’t allowed to ask users to share their content on personal timelines using friend connections. Instead, companies must ask those interested in entering their contests to post to the company’s business page or send a direct message.

What is is: Companies often used vote baiting to allow customers to share their opinion on new products or services. Users would be asked to cast their vote in the comments, which would give the post greater reach. Example: “Which kind of resident event would you rather have? Wine tasting, casino night, toga party or karaoke? Tell us in the comments!”

What to do instead: Companies can simply create a Facebook poll to get this kind of feedback.

What it is: Similar to vote baiting, this tactic solicits comments from users to boost reach. Example: “Comment with a heart emoji if you love our new butterfly bushes outside the rental office!” or react with a certain word or phrase. This is far from starting a real conversation — it’s really just spam.

What to do instead: Come up with meaningful and thoughtful questions to ask and the engagement will flow naturally.

What it is: This is asking users to tag a friend in the comments in reaction to a post. Example: “Tag someone who would love the view from our rooftop deck!”

What to do instead: Again, post better content. The better the content, the more users will be inspired to tag a friend or family member on their own.

How have you changed your apartment community Facebook strategy in light of these new guidelines?

What We Learned at OPTECH 2020